Blog
You are here: Home / Blog / Eco Articles / Why I Grew My Hair- Both Times By JC Scott

In the late 1960s and early 70s I grew my hair as a uniform of non-conformity, a sign of commitment to a counter-culture movement. We were labeled hippies but it was more than a fad — it was an attempt to be a catalyst for change, a change that we felt was necessary. We were for and against several shared things: we were for peace (as John Lennon so poetically asked, “Just give peace a chance”);  we were against “the man” (the man who represented big business, military/industrial corporations, big banks and “straight living”) and we shared common aspirations of a better world. 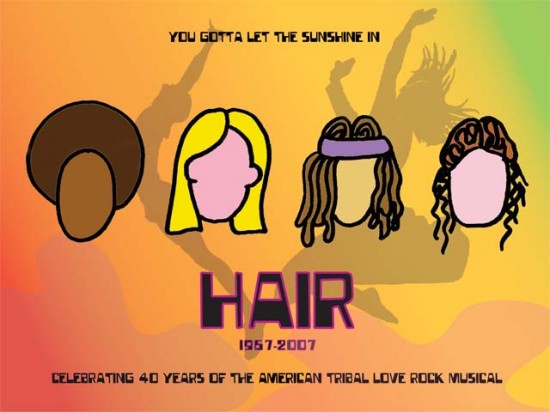 My ideals at the time were art, music, nature, love and non-violence. I grew my hair as a sign to others that I was committed to my ideals. My awareness of the environmental movement started when Pollution Probe began in Toronto, and it has never faded. I ate health food and spent as much time as possible in nature with my friends. I was convinced of the inherent correctness of my beliefs and convinced that simply by waiting until my generation was at the wheel, we could steer the ship of state to a safer harbour. 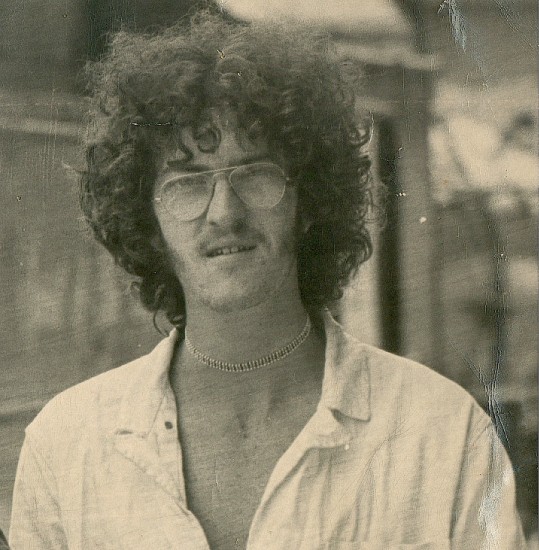 I moved to the West Coast and I became a professional artist and mural designer, then a nightclub designer and finally an interior designer with a staff. Throughout that period, I slowly became more corporate myself, although my hair became shorter instantly in the mid 70s when long hair was actually in fashion. A top Japanese fashionista hair stylist, Suki, who like me had just moved to Vancouver, grabbed my long hair and said, “Too o’ fashion” and instantly cut my hair very, very short. This was at a time even before I designed the second mass-produced GreenPeace poster. Produced in 1977, the poster, titled “Stop the Slaughter”, protested the seal hunt. At the time, many of my friends, particularly those in the environmental movement, still had their long hair from the 60s.

In the arts and music scene, while painting murals, designing graphics and simply being cool was in, hair was a uniform again, this time of the urban hip genre. I became a style victim to the hippest hair stylists, at the height of my disco design period when my nickname was “The Lounge Lizard”. Pink lightning bolts were died into my short hair. My favourite moment of the lightning bolt phase was when I had to meet my girlfriend’s father in-law “Joe”, the wealthy, retired and very straight-laced former president of no less than US Steel. We met for the first time at her family cottage and he almost immediately questioned the look with some aggression, yet he was immediately placated when I told him I was a disco designer and this was good for business.

Fast forward a few decades to 2009 and my decision (while meditating at a week-long yoga camp at Hollyhock to completely change my business model and morph from seeking the largest and highest paying jobs to seeking only the best jobs, ones that — I repeated to myself — were to be:

2. Only for my friends or people I really like (I had never worked for friends before because I’m too soft about money with them and had some old fashioned British ideals about not being able to charge your friends to help them).

3. Good work, the definition of which, as I meditated, became the catalyst for complete change (because good for me meant being totally green, totally eco and sustainable, even to the United Nations definition of sustainable). 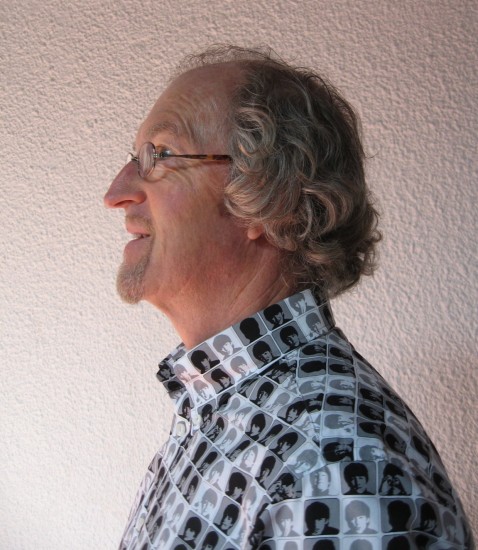 This realization that I was serious about these changes — albeit in the midst of a recession with a large staff — was very profound. My company would change. It would have to downsize, at least at first, and we needed new branding.

All of this has occurred, we are now housed in the ecoDesign Gallery. Staffing is at 33 per cent of former levels and during the changeover I grew my hair, at first only semi-committed to the look but as more and more people criticized or commented, some favourably (not my partner) and I had to think about it, I realized that I needed to once again use my hair as a signal of my commitment to my environmental ideals.

I’m not saying all environmentalists have long hair, far from it; almost everyone in the modern sustainability movement for one thing is younger than me, and has never been labeled a hippie. But what I am seeing is that I am not alone. Many men my age, and those who are seeking change in our society, are quietly growing their hair again. Company owners, managers, professionals, people who for decades have had short hair, are expressing something.

Why do this? Does my hair get odd looks at the senior executive lunch club? Is this a wise financial move? All of this simply comes down to one thing: care for the planet, because I want to wear an expression of that eco-care everywhere I go, all the time. If you know anyone who was around in the 1960s, ask them, “Did you grow your hair?”, and if they answer yes, ask them why. It may be, like me, they wanted a more ideal world. Hope for a more ideal world is why I grew my hair…twice.

First Published At Life As A Human

Frank Arnold
Eco Friendly Living – Why Wouldn’t You Just Do It? By JC Scott

Eco Fishing: Can an Environmentalist Designer also be a Sport Fisher? By JC...