9. Support a fair trade local economy, where your Main Street trumps that Wall Street every day.

How we shop, may be as important as how we vote today.

With every purchase we make, with every financial transaction we enter into, we are effectively voting within the current version of democracy which today gives us a model of political governance that is wholly controlled by business and subject to the flow of commerce.

Because western democracies and in fact virtually every form of government is now so subject to control by business, voting may be less effective than shopping in terms of how people can have a direct and immediate, as well as long term influence, on policy.  For example scientists and environmentalists have been promoting a green agenda for several decades with increasing degrees of alarm, but only very recently when the Y generation of consumers, raised and schooled in environmental awareness began to demand more organic food and responsible products, did government follow with sustainable programs and incentives.

Shoppers have led the way to a green economy, an economy which in fact and very hopefully, is showing some of the greatest growth of all the economic sectors during the recent recession.  People want green, they are buying green, they are shopping for local and fair-trade imports and government and business is being forced to listen. 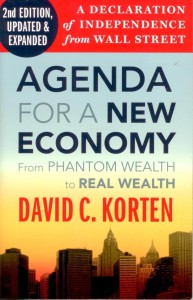 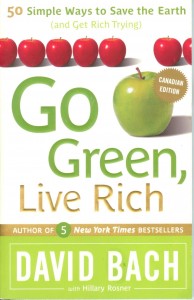 Fair trade local economies will not be legislated into prominence, nor will they be financed and supported by Wall Street until they become the dominant sector which they may well become, but sustainably guided locally based economies are nevertheless today, the single largest hope for a sustainable world.

A Main Street based economy is less likely to pollute its own air & water and more likely to treat it’s workforce with a degree of respect unknown to most corporate models.  We can make this change, and if we decide that taking care of ourselves as a communiy is more important than taking the lowest cost as the only important factor in a financial selection, if we decide to Shop Local, we are voting to change the world into a better place.