Blog
You are here: Home / Blog / Uncategorized / Do Small Things Still Matter to Anyone in 2020?

Do Small Things Still Matter to Anyone in 2020? 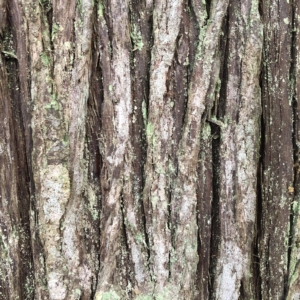 In this ‘Go Big or Go Home’ world where problems seem massive and solutions include leaving the Earth for colonies on Mars, I have been asking myself; what can I do? What can you do?

As early as 1969 Pollution Probe was active in Toronto talking about the pesticide DDT getting all the way to Arctic mother’s milk, a chemical sprayed on farm fields in the south. In the 1970’s Greenpeace started talking about global nuclear threats in Vancouver (I co-designed the second Greenpeace international graphics poster in 1976 – Stop the Slaughter with the artist Carl Chaplin). These groups and their followers were focused on saving ‘the world’. Does anyone recall Earth Day? I’m still waiting – waiting for people to want to save the earth – waiting for people to wake up and smell the coffee, but like the Amazon basin, the coffee has been burning for decades.

Those of us at the beginnings of the eco movement thought that once people saw the massive scale of the problems our society was creating, they would naturally start doing things differently. They just needed to be shown the facts about biodiversity and climate change, right?

There is a reason that The Pied Piper of Hamelin parable is still told, and the reason is human greed for money, our political self-interest and a general lack of real care for the future of our children that seems to create our constant challenge. The Hamelin story is from the 1300’s.

It may also be that we avoid facing and dealing with big problems until we absolutely have to. I am very pleased to hear young people like Greta Thunberg tell adults that young people will not forget, but we were told the same thing in 1992 by another young environmentalist in Brazil, Severn Cullis-Suzuki. Did we listen to and hear either of those children, or did we forget?

So, I have decided to look to the smaller things in and around me that I can change, that you can change, that anyone can change that might make a difference. I’m not talking recycling by the way, we assume anyone reading this is hopefully dealing with their own personal waste in a semi-responsible fashion.

Three authors and their books provide guide-points to why thinking very small instead of thinking big and globally may be smarter, more satisfactory and might even be a more effective approach.

Many years ago, I was introduced to the thinking of Dr Myron Wentz, a recipient of the Albert Einstein Award in health sciences. His approach is called ‘cellular nutrition’. He also co-authored an important book for my work as an eco designer, The Healthy Home. His primary premise was that we are all aggregates of cells and that our biological health depends utterly on our internal cellular health.

When I want to think about my own bio-system, I imagine the Raquel Welch movie ‘Fantastic Voyage’ in which scientists travelled within a human body in a miniaturized submarine to save the life of a doctor.

Two recently published books have also focused on cellular challenges and solutions, Choked – Life and Breath in the Age of Air Pollution by Beth Gardiner about particulate air pollution, its causes and effects, and Super Human by the founder of Bulletproof, Dave Asprey, a seminal book on anti-aging techniques, approached from a sub-cellular point of view. Both authors focus on small scale, microscopic elements that can have profound effects on our entire physiology.

So, let’s look at Small is Beautiful for 2020, and see where it takes us. On recent forest walk I looked very closely at the bark on trees, an amazing microcosm of life and activity. That close inspection reminded me to think about what I’ve learned recently about small things, which led me to the thinking for this article, namely: can small things matter today, and can small things make a difference to my life, to the planet?

“Nothing is as elemental, as essential to human life, as the air we breathe. Yet around the world, in rich countries and poor ones, it is quietly poisoning us.”

This is the tagline for Beth Gardiner’s book Choked – 2019 in which she points out that some of the smallest elements in air pollution can do the greatest harm by penetrating linings meant to protect us from normal airborne toxins like dust, but which cannot stop some harmful tiny molecules from passing through membranes and entering our bloodstream and lodging finally and sometimes permanently in our brains, because that is where our finest blood capillaries terminate.

Those of us seeing the big picture of CO2 and global warming, those thinking about climate change as the global totality and challenge it presents, may be overlooking the tiny particulates in the wood smoke from next door, in diesel exhaust you intake on your way to work and in excessive nitrogen – NOx from farms. The problem of air pollution may be big, but the culprits are very small.

“Air pollution is the biggest environmental threat of our times. The latest State of Global Air report, released on April 2, 2019 finds that toxic air contributed to the deaths of nearly 5 million people in 2017. More than 90 percent of the world’s population was exposed that year to unsafe levels of PM2.5, particles 30 times smaller than the width of an average human hair. That’s so small that the particles can easily move into the bloodstream, organs, and even the brain. Exposure to toxic air has been linked to a range of diseases, from heart disease to diabetes to pneumonia.

Then, in 2014, Dieselgate broke. Volkswagen admitted that over a decade, it had installed software in 11 million cars in Europe and 600,000 cars in the United States that turned on pollution controls only during emissions tests. When the cars were on the road, they emitted NOx at up to 40 times the legal limit.

Many accounts of pollution are harrowing in their scope and detail, but “Choked” is at heart an optimistic book. Gardiner insists that relief is immediately possible if governments prioritize health over more material concerns. In one gripping chapter, she points to the United States, which had toxic air in the 1960s. Cleveland’s Cuyahoga River had caught on fire and soot coated the lungs of Washingtonians living near a coal-fired power plant. The public demanded action, and Congress passed the Clean Air Act, which has withstood challenges by multiple administrations. It empowered the EPA (the Environment Protection Agency) to enforce safe limits, and allowed citizens to sue the government if air quality did not meet standards. Particulate pollution has since plunged and air quality continues to improve.”

One of the remarkable aspects of Gardiner’s research is that local solutions, sometimes small solutions like cooking stoves in Africa, are making a difference to people’s health. She and others point out that proximity to roadways is most dangerous to pregnant mothers and to newborn children. Sadly, where I live, our prenatal specialty hospital was built right beside a highway and a major arterial road, located there for emergency access convenience but this roadside site puts all the babies born in the Victoria General Hospital at an increased health risk. Planners are now looking at school and hospital locations with a better understanding of the risks posed by the tiny particles and molecules in the roadside air we breathe. Even two blocks of separation from a highway can make a measurable health outcome differential. Small planning change, big community health benefit.

What can I do? What can you do about health that doesn’t involve planning and political changes? We can start with our own health; because what if you were planning to live to 100 years old or more? Would your thinking change?

“While we assume we will peak in middle age and then decline, Asprey’s research reveals there is another way. It is possible to make changes on the sub-cellular level to dramatically extend life span.”
GoodReads.com https://www.goodreads.com/book/show/43801612-super-human

Anti-aging studies and health conscious research results are a positive outcome of sharable knowledge through the internet. Through contemporary sub-cellular biological research, we can now see inside DNA strands and within the elements which make up our cells. We can see how our biology works and how and why it deteriorates at the most fundamental levels.

Of course, toxins, aging and stress are triggers to cellular deterioration, but micro-nutrients, lifestyle and dietary modifications are being proven to be effective antidotes and sometime reversers of cellular damage. Dave Asprey coined a word now in the dictionary for this field of study, he called it ‘biohacking’. Thinking small can have big health benefits.

“For more than twenty years, Dave Asprey has been on a quest to find innovative, science-backed methods to upgrade human biology and redefine the limits of the mind, body, and spirit. The results speak for themselves. Now in his forties, Dave is smarter, happier, and more fit and successful than ever before.

In Super Human, he shows how this level of health and performance is possible for all of us. It is possible to make changes on the sub-cellular level to dramatically extend life span.”
GoodReads.com https://www.goodreads.com/book/show/43801612-super-human

My theory is therefore that working with normal human greed and self interest, the kind we have had sine the 1300’s in Hamelin, but using those traits at a very small scale, such as at the size of the cells of an individual person for example, we can possibly generate a positive selfishness that could, if it gains traction, have larger and positive personal health, social and community health, and possibly positive environmental effects. Save the planet by taking care of your cells.

What if you really were aware of and interested in the actual molecules and particles that you breathe every day? What if that mattered to you because you understand the risks and benefits and you want to have what you are told you have as a basic human right, but you really know you don’t have anymore, which is ‘fresh air’? What would you do?

What if you really were aware of and interested in the actual molecules and particles that make up your body? What if that awareness mattered to you because you can now through biohacking understand the risks and benefits of what you do and what you eat and drink? Are you a typical selfish human, do you want to have more of everything, more health, more years, more energy, more youthfulness? What would you do?

I know what I’m doing this year, I’m looking after my cells, and you should look after yours too.