Blog
You are here: Home1 / Blog2 / Eco Articles3 / Attention Zoomers: Evolution Does Not Know How to STOP! By JC Scott

Despite the zealous attempts by Moses Znaimer and virtually every other ‘cool’ Zoomer of my generation, an apparently self evident fact is being ignored.  The fact?  Zoomers are no longer actually cool or with-it, yet they (we for many of us) are in deep denial of this. 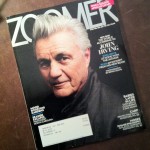 Hearing the recent Grammy Awards referred to by young people as ‘The Grampys’ started an observation for me, which is this: ‘Zoomers, evolution does not know how to stop’.  My father saw himself and his generation as ‘cool’ and in fact his generation invented the word, with the birth of the cool, and he continued to see himself that way all his life.  We knew better.

Because our generation, the kids, outnumbered every other generation so greatly that my parents’ music, their style, and their tastes quickly became passé, in fact by the time our generation were only teenagers we were in control of taste.  Too bad we wasted the opportunity.  Zoomers are still trying to control taste and everything else for that matter because as the largest population bubble in history, we set the rules of style and cool and although we decided that our parents were no longer cool by only forty, we Zoomers were now going to be the cool gang even into our fifties and sixties.

Many of us are still trying a little too hard to ignore the evolution of cool, note Paul McCartney and his aging pals at the Grampys.  Kind of sad actually, but because of a combination of this population bubble anomaly and the power of marketing forces, a lot of people are trying to keep it beyond cool to be a Zoomer, probably because we are the last of the truly lifestyle committed consumers.  Imagine Wall Street planning for a generation or more of people who don’t want three cars and a large mortgage.  This could be very bad for business.

So, magazines, TV and media all are trying to convince Zoomers that evolution can be stopped, that it can in fact be reversed with blue jeans, Botox, surgery, self-help, sports cars, leather jackets, cappuccinos and the absolute fashion necessity, expensive sunglasses.  What or who could possibly be more evolved than us?

Because if the cool thing were to become a non-consuming X or Y generation full of people who care more about each other and what they are doing and thinking and who care about more the planet than about BMW’s and Audi’s, well, where would we be?  The thing to do is to keep Zoomers and what they want cool, and even necessary.  Zoomers want money, so let’s make it really scarce for the generation following with a recession to prevent an intergenerational wealth transfer that once looked inevitable, so that these kids learn that surfing the net or the waves at Tofino ‘does not pay the bills’.  If they won’t buy the luxuries the Zoomers crave then make them at least pay more for their food and shelter, while still in control we can stop the evolution of cool by taking away the money.

That’s not to say that there may not be cool or smart boomers, take the film-maker James Cameron and his closing message in his documentary about the wreck, not the movie, about the Titanic, wherein he talks about how those in control today know that we are on a collision course with climate change but because those at the wheel are the ones profiting by what they are doing, they have no desire to let go of their control. And that’s the thing … control, Zoomers feel they must stop evolution to remain in control and my point is that it is simply not possible.  Evolution is a force of nature, it can’t be stopped.

Zoomers buying more cool clothes for themselves isn’t going to fix the world nor stop the need for evolutionary change even if the clothes are made with natural organic hemp fiber nor will it stop the evolution of ideas, the evolution of cool and the evolution of the real changes that the world needs.  The desire to stop evolution and to remain in control being exercised today by the boomer / Zoomer generation is waning, best metaphorically expressed by the Occupy movement.

Facebook and social media are replacing material objects of desire and although the Wall Street power brokers will continue to try to exercise their control over everything from marketing to government and the courts, the world is evolving to a new place, a place where the planet matters, where people and local community matter and where a digitally connected generation begins to throw off the tyranny of totalitarians, despots and anti-democratic boomers and their minions who are all in deep denial about the evolution of the world.

Young Egyptians want to vote, young Chinese want a newChina, young Canadians want a future for our environment more than they want the risk of oil spills on the West coast.  Young people the world over are on a quest for experience and it’s time for the Zoomer generation to allow evolution to move on.

First Published at Life As A Human